The olive tree as living history

The olives you eat come from a tree that is, on average, anywhere between 10 and 50 years old. 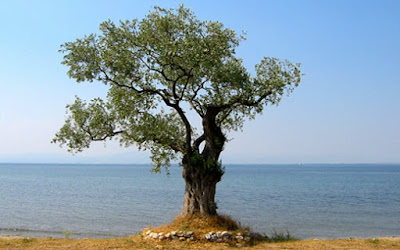 Of the estimated 300 million olive trees on the 2.4 million of hectares that Spain dedicates to this valuable crop (respectively 1.4 million and 700,000 in the 2 other Olive Super Powers, Italy and Greece) there is many an older tree.

'More than 1000 years old' is a bit of an exaggeration though: according to scientists the oldest tree in Spain, in the Catalan region of Montsià is 630 years old. And such trees still produce olives, be it far less than their younger cousins for they are frail and can't be shaken.

No one can be sure that the variety of olive trees in Spain are direct descendants of the ones that grew in ancient Greece or Rome, but it is supposed they are at least similar - and the fact that these historical trees are still cultivated provides locals with a strong sense of connection to history.

What DO we know?

The cultivation of the originally wild tree began somewhere in the Near East, some 6000 years ago. 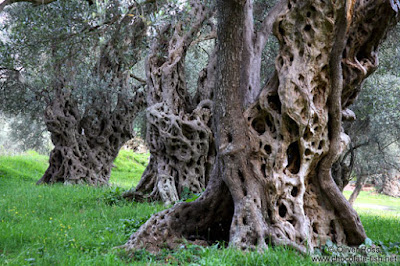 The olive cultivation and oil extraction was brought by the Phoenicians to Iberia around 1050 BCE, and once again by the old Greeks between 600-700 BCE. But it were the Romans who turned Iberian oil into a veritable industry.

The importance of Iberian oil to the Roman Empire was huge. Amphorae have been found in all Roman provinces, though most of the production was destined to Rome itself - that largest of all large cities, with at one point even more than 1 million inhabitants (no city on earth would have that many again until the 19th century).

It was a very important trade. The Emperor Hadrian even had a coin struck bearing the picture of an olive branch and the inscription 'Hispania'. Then again,  his forefathers came from Seville and he must have had a soft spot for anything coming from that rough and dry peninsula.

The fall of the Roman Empire led to the decline of olive production in the rest of Europe. Southern Spain though saw an increase in cultivation with the arrival of 'the Moors' (90% Amazigh, 10% Arabs) who brought with them new varieties and production techniques.

This is the reason why most countries use the word 'olive' - from the Latin oleum - whereas the Spanish speak of 'aceituna' and 'aceite' - from the Arabic al-zait, which means olive juice.

The strange effects of the Reconquista 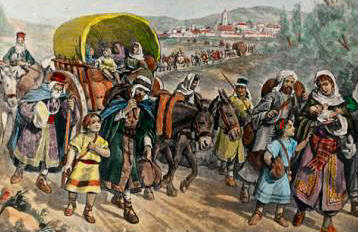 With the rise of the Catholic fundamentalism after the reconquista, pork came to be seen as a sure sign of faith.

And so was the dominant use of lard (manteca) fatal for the reputation of olive oil, which began to be associated with plebes and people with suspicious blood lineages: Moriscos and Jews.

The latter were either forced to convert or were expelled or left - and with them the standing of olives and olive oil.

It wasn't until the late 19th century that Spanish cookery writers began to extol the virtues of olive oil over lard again. And very slowly it started to lose its backward image of rural poverty.

By the late 1970s production had begun to fully recover, thanks to the mounting medical evidence of its benefits, and the rising cultural pride in such a talisman of the Mediterranean.

Today, Spanish olive oil enjoys a world wide reputation for quality.
Sometimes in surprising ways: to this day Spain exports millions of tons of olive oil to Italy, where a label in Italian is stuck on a beautiful bottle, which is then re-exported to Northern Europe for twice the price.

Why is (good) olive oil the best Christmas present you could ever treat yourself to?

It's a beauty product 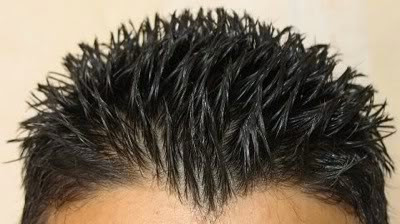 It makes your hair shine
Just a tiny drop in the palm of your hand - gives you a very long lasting wet look.

You can use it as hair conditioner
20 minutes and rince.

Skin moisturizer
20 minutes and since with plenty of hot water.


Make a paste of mixing 4 teaspoons salt with 3 tablespoons olive oil. Apply it to your face and leave it for 2 minutes. Apply daily for 1 week. Mind: this is the one use we haven't tested ourselves - it seems that some swear by it though.

(But obviously the real and long term 'beauty advantages' of olive oil sit in its nutrients and the healthy diet that goes with it: beauty, as they say, comes from within, not from what you apply on your facade from the outside). 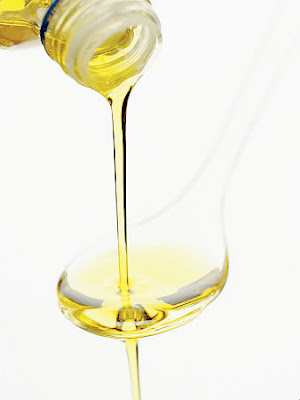 Going out and pretty sure you might drink too much? Then have a teaspoon of Virgin Extra half an hour beforehand.
Then again, if you've become very Andalusian, you know that 'soakage' is the very best way to prevent being drunk - sip, tapa, sip, tapa, drink, a portion… one of the reasons why Spaniards hold their liquor so well.

Every day use… all day long

Shining leather shoes
Well, you will still have to shine them with a brush. Or buff onto your leather shoes with a cloth. Bye bye forever to potentially toxic

Just very common and cheap olive oil will do. Mind: aceite is so oily that you better never use more than a small drop.

Ease stuck zippers, fix squeaky doors, use it as aftershave,… everyone has got their own olive oil tricks. We didn't try or test them all - but with what we tested, it's for sure none of it would surprise us in the least.

And at the very same you support the local industry in Jaen or Cordoba, help reducing the carbon footprint by skipping the mass transport of the olive oil that is stocked in supermarkets… and last but not least, your health will be grateful to you.

The original mediterranean diet is the best 'social security' you can subscribe to.

Olive Oil Fever: it's the moment for olive oil!

Olive oil should be consumed as fresh as possible. 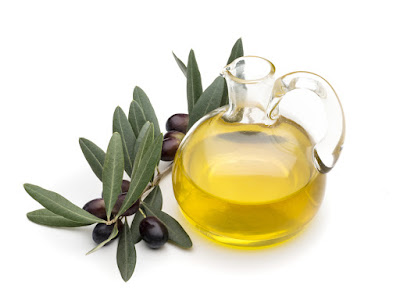 That means you better look for it right now.

For 'the rains' have gone, and thus immediately afterwards the time of picking...  and now we are one month later and the newly bottled aceite is making it to the shelves of all local mills.


The Virgin Extra that is, the 'liquid gold' that is the result of a single pressing and without the use of any chemicals or industrial refining.

That is the oil you use in and on food.


Obviously, as with wine, it's out of the question to buy it in plastic bottles, especially not ones shelved in bright light - for light kills nutrients and it is for the nutrients that olive oil is such a miracle liquid: 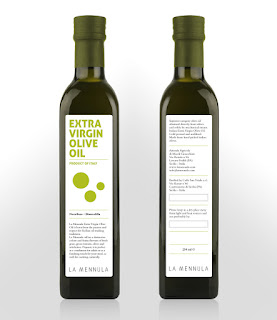 For this reason olive oil is usually stored in dark bottles or darker corners of the kitchen.

What with 50% of all olive oil being produced in Andalusia (and 10% in the province of Jaén!), you should not have the slightest problem to find the real, best and most fresh one very easily.

Yes, it could mean an extra stop apart from the supermarket: all things of value do take a bit of effort though. And you will help the local agricultural industry.

Aceite (from the Arabic al-zat) and aceitunas (olives) are of such importance in the evolution of the Andalusian culture, habits and daily life, that we will dedicate many an article to it.

Somewhere in September the weather changes, from hot to simply pleasant. 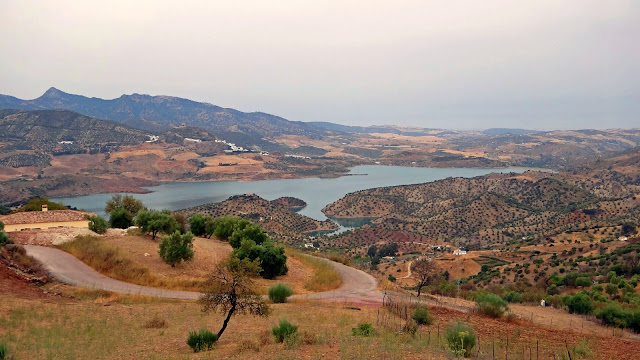 That's the start of what many in Andalusia call their favourite season.

It's the time of City Trips and the busiest time of the year for city hotels in Seville, Granada and Cordoba. The heat of the summer is over and exploring sites and monuments (and all their staircases and paths) has become far more pleasant.

Hiking, horse back riding, exploring inland Andalusia by car: both September and October are perfect for anything that involves energy or being in the outdoors. So prepare your rucksack, tent, hiking boots - or start browsing around for hotel reservations.

(For the same reason we also notice a sharp increase in the demand for property viewing trips).

King of the season is that gorgeous month of October. Though we can't predict the weather either, October often exists of surprisingly agreeable weeks, when mass tourism has disappeared everywhere and you have terraces and gardens to yourself or just a few others, all enjoying the 'Indian Summer' like golden light.

And it's Olive Season, all around the campo all around inland Andalusia you will notice groups of people working hard to pick the olives that end up at the shelves of your local supermarket. 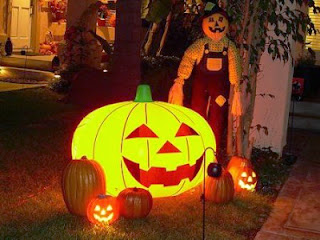 The month ends with Halloween, when you really want to be (or really want to avoid) in the heart of a village in inland Andalucia, for it's an equally loud event here as in the English speaking world.

November then is quite unpredictable. Because of the temperature of the Mediterranean Sea having risen for months on end, and dropping more slowly than the temperature on land, we can have our own tiny 'El Nino' effect: lots of showers and glorious clouds, punctuated by sudden sunny days. Lovers of Scotland or Ireland might have a field day: at times you forget being in Andalusia: the combination of nature, mountains, valleys, greenery and rain makes you think you're on a Celtic or Scandinavian holiday. 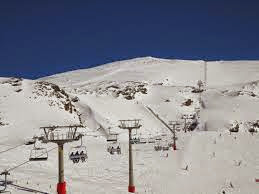 In December the sun returns. And at the very same time: the snowy peaks of the Sierra Nevada. Making of Andalusia about one of the only places on earth where you can ski in the morning, and go to the beach in the afternoon.

What with the many mountain and hill ranges, separating the coastline from the inland valleys, the difference in temperature can be remarkable - sometimes you only have to drive 20 Kms to experience a difference of 5 to 8 degrees.

Naturally, we can't predict the weather of this autumn, nobody can - the unpredictability of the weather is its greatest gift: the above is simply based on our experiences of the past 20 years.

Whatever the weather, Andalusia is beautiful all the time.

Enjoy the autumn!
And connect with us on Facebook.

The Flamenquín, a typical dish of Jaén and Cordoba 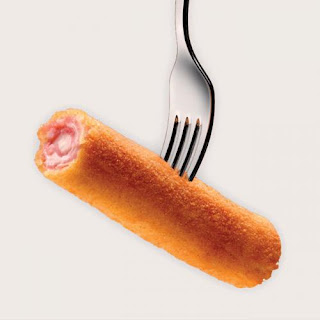 Flemish people living in Andalucia? Pay attention: the Flamenquín is named after you! For it translates as 'little Fleming'.

Yes, when this 'sausage' of golden color was invented, in a restaurant in the city of Andujar (Jaén), someone remembered the blond hair of the Flemish people accompanying Emperor Charles V.

Those people often were the musicians, and thus their existence crept into the word 'flamenco' (music 'a la flamenco' or 'the Flemish way') but that's a little known, non-confirmed piece of etymology, forever lost in the fog of time.

No such confusion when it comes to the Flamenquín: it was only invented in the 1950s.

Also known as the 'roll Saint Jacob', it consists of slices of jamon serrano wrapped in pork loin, coated with egg and breadcrumbs and then deep-fried. It can range from a small ball up to a piece of 40 cms (16 inches) long.

You eat it with French fries and mayonnaise.

(And by now Belgians must get a delirium: for also 'French fries' are thought to be originating from Belgium and the name is said to be only the result of the French gastronomic hegemony of the 18th and 19th century).

www.inlandandalucia.com
Posted by Unknown at 11:14 No comments: